While there was the liberation of colour by the Post-Impressionists – Formally by Cezanne and Seurat, Expressively and with symbolic meaning by Van Gogh and Gauguin – Matisse, Derain and De Vlaminck exhibited works wild with colour.  As a result of an intended insult, a new movement was created called ‘Les Fauves’.  These artists were bound by no rules, discarding all academic rules, both French and British.  They painted how they wanted, using colour emotively, expressively – this was derided at their exhibition. Henri Matisse worked in many media – oils, stained glass, sculpture, collages.  His tended to be very happy works, based on his feelings, with no narrative or message.  He distorted perspective and ignored conventions to create a total design.  In THE DANCE, he moved away from the fact that there were figures, and rather tried to convey the joy, music and movement of the four dancers, placed on an arbitrary picture plane.  “The whole arrangement of my painting is expressive.”

He was influenced by African, Polynesian, Central and Southern American, and primitive art, and the designs that came from their textiles, their masks, and their interest in texture.  He felt that the artistic treatment was more important than the representation of nature.  His preference was for thickly applied primary colours, and the use of colour to convey emotion.

The Fauves were involved with getting in touch with an emotional reality in their art, seeing themselves as humans, as emotional beings, and expressing that through their art.  By 1908 the Fauves disbanded as a group, due to their individual development.

Derain returned to a more traditional style of painting, taming his Fauvism, with his colours more subdued, with less obvious brushwork. Matisse continued along Fauves ideas of freedom of expression and colour, retaining his unique style.  He was criticized that he distorted too much in his figure-work – he replied “This is not a woman, this is a painting.”

NB:  If you choose to quote from this blog could you please cite its URL in your Bibliography. 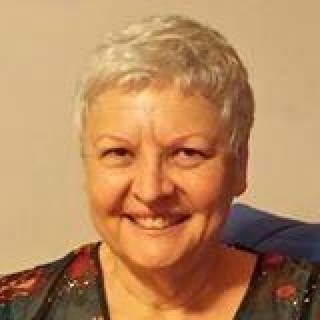 I write reviews of Adventure and Hidden Object games that are Crime, Fantasy, SciFi, Renovation, Travel, Quest and/or Mystery by genre. I have a Masters in Writing (2006) and have been writing novels, both crime and fantasy for many years; plus Haiku, verse, and prose both fictional and literary. I am also an artist of modern, Acrylic, textural and hard edge work, underwater, fantasy, expressionist, and Cosmos paintings. I use mixed media (Acrylic, Watercolour, Pastels) in textural Monoprints, finding surprises to expose within each work. Having both an analytical and creative mind has meant that I have strong powers of observation, and the persistence required to follow computer problems through till I solve them. Of course I am not always successful, but am willing to ask for a little help in order to then unlock the main problem myself. My Troubleshooting Blog, 'Problems and Solutions', was the result of my tenacity.